Menu
Log in
Register
Install the app
You are using an out of date browser. It may not display this or other websites correctly.
You should upgrade or use an alternative browser.

RIP Ellis (Headless) - You were loved and you will be missed

It is with a heavy heart that I have to announce the passing of @headless (RIP) (Ellis Kennedy).

Ellis was one of EOC's founding members and supported the club right from the very early days. He attended a lot of meets and played a HUGE part at the big summer events we did (JAE/Yakushi). He was and will always be remembered as the Rockaoke King. His performances with his guitar at shows will never be forgotten and future events will never feel the same without him.

Ellis had a big heart and a bigger mouth. You always knew when he was near. He'd do anything for anyone (that he liked) and he was a first rate entertainer.

For those wanting to know, he suffered a heart attack yesterday (22/12/20) and despite the best attempts of NHS staff, they could not revive him.

We will be sending flowers to his wife and we will be holding a collection (details to follow). All funds raised in his name will either go to his wife to help cover funeral costs, or will be donated to a charity of her choosing. I will update this thread with the details of how to donate to this cause once we have had time to organise something.

For anyone wanting to raise a glass, his favourite tipple at shows was Kracken (rum), or Parma Violet Brothers (cider).

Ellis? ELLIS? WHO THE FUCK IS ELLIS?

Ellis was one of the best, and he will be sorely missed. This is Ellis, in his element. Rest in peace my good friend.

ALL DONATIONS ARE TO BE SENT TO TEAM@ELGRANDOC.UK

Please send all donations as FRIENDS/FAMILY so that PayPal does not take a cut of your donation. Deadline for donations is Friday 15th January. The total will be collated and the club will double this for payment to the chosen charity on Monday 18th January.

Total raised so far is just under £150 (which will then be doubled).

The Funeral will be held on Monday 18th January @ 12:15. There is an attendance limit of 25 due to COVID restrictions but for those wishing to pay their respects, a live stream of the funeral will be available. As soon as I have the link for the web cast, I'll update this thread, but it could be on the date of the funeral. So if you are wanting to participate, save the date and keep an eye out for updates. 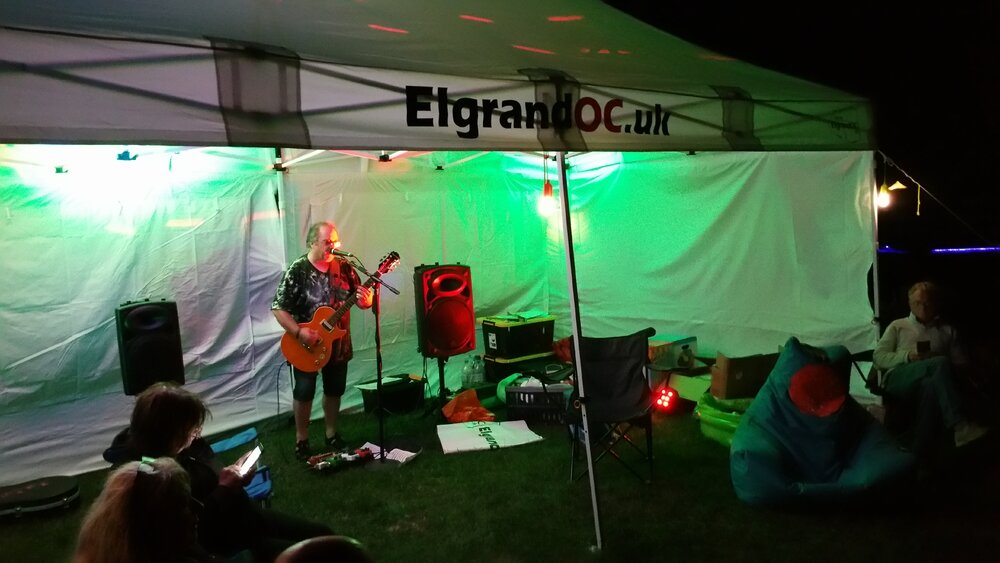 That sucks. Condolences. I'll down a rum for him.

OMG
What a great loss.
I only met him at Yakushi and he was the life and soul of the weekend.
RIP Ellis

I was lucky enough to meet Ellis a few times.. But he was one of those people you felt like you always knew.
He would stand and talk for ages to my son about guitars.
I will never forget our convoy up to Northumberland.... Great fun.

Pass on my regards to his loved ones @Karl and give me a tagg when the donations gets set up.

Horrible news, thoughts are with his family x

The big shows will not be the same
RIP Ellis

I never met Ellis and from what I have heard of him that's my loss,, but i have watched him on YouTube a few times, his rendition of the time warp at JAE 2017 was class,,.

My families sincere condolences to Ellis's family.
What a great loss to the club.
R. I. P Ellis.
R

That's awful news, and why do these things seem to always happen right at Christmas? I never met Ellis, but he sounds like he was larger than life and will be very much missed. Kraken is good stuff too, so I'll be sure to raise a glass towards the heavens in his honour.

RIP Ellis condolences to his friends and family.

When I saw the news this morning I was heartbroken. Ellis was a top bloke. A great laugh at shows. Someone you could talk to about anything, and he always had an opinion on it

You'll be forever remembered for the awesome entertainment at shows my friend. Rest peacefully Ellis

RIP I didn't know him but sounded like a top guy

Just a thought never met this guy wonder whether Club could do some sort of memorial book with members photo's and all the lovely comments. Might help his family in these sad times.

My condolences, thoughts are with friends and family ... will have a tipple of cider ..

Most heartbreaking news. He was a top bloke and a top entertainer! He will be deeply missed. RIP Ellis

Just seen the news on the Facebook page.
Like most we met Ellis at the last Yaksui show.
Thanks to Ellis singing we had a fabulous night.
Ellis will be a huge lost to everyone that knows him.